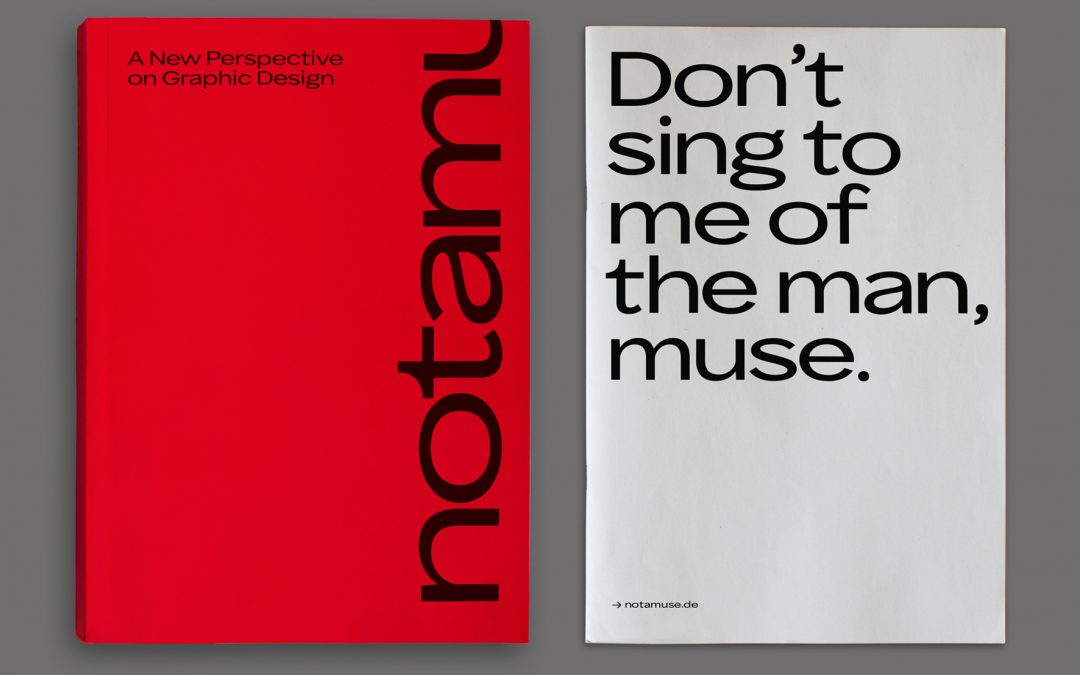 “The award winners respond to the very much male-dominated design discourse by presenting an excellently designed publication that provides the hitherto missing female perspective. They thus impressively communicate women in graphic design as self-confident actors.”

This year, for the first time, we are presenting the new award for young design talent, the iphiGenia Gender Design Award “Volition” (will, power of willing). With this new prize, the jury responds to the large number of committed student projects that were entered to the iphiGenia Gender Design Awards. The award-winning student work notamuse, conceived and designed by Silva Baum, Claudia Scheer und Lea Sievertsen as their MA graduation project, impressed the jury for several reasons: In terms of subject, the project meets an urgent need, namely to raise the visibility of women in design. The winners criticise both the strongly male-dominated discourse and the missing female perspective and respond to this with their publication: notamuse is a book that introduces more than 40 female graphic designers from all over Europe. The publication is accompanied by a reader and a website that provides a large variety of interviews with female designers, sociologists and gender researchers. With this project, the winners provide both inspiration and female role models to young designers. The jury was just as much impressed with the superb design: both book and website are characterised by a consistent and excellent visual vocabulary. The intelligent typography and the emblematic colours mirror the project’s objective in a powerful way: communicating women in graphic design as self-confident actors.